Spot fine needs to be expanded to other laws 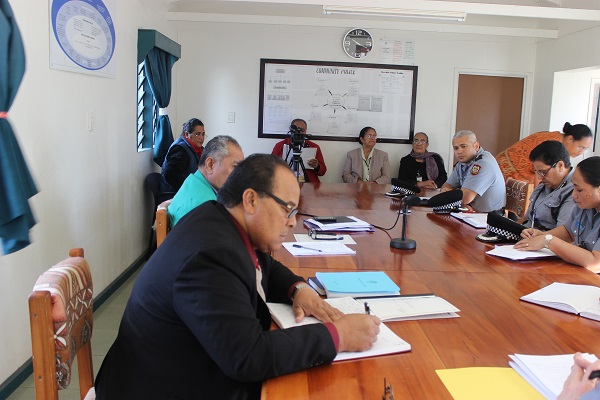 A parliamentary visit meeting with the Ministry of Police

A parliamentary visit meeting with the Ministry of Police highlighted the need for further expansion of spot fines to other scope of laws to boost public service delivery.

Deputy Police Commander, ‘Unga Fa’aoa said spot fines is limited at the moment to traffic violations such as speeding and other minor offences.  However he noted that Traffic Act should be strictly enforced with introduction of new spot fines.

Fa’aoa also proposed for amendment in the scope of law for instant fine in certain illegal activities. He gave example to a Chinese national who was convicted of smuggling dried sea cucumber overseas.

“The offender could have paid the fine and leave the country instead the accused stayed for the court case.  The expansion of spot fine to other scope of laws help speed up the lengthy process involved for an offender appearing in court,” explained Fa’aoa.

Tongatapu 8 constituency MP, Hon. Semisi Fakahau also raised his concern about public and road safety. He said many vehicles should not be on the roads yet warrant fitness is issued.

Fa’aoa said when spot fine is extended to other scope of the law, the offender feels the heavy burden of paying instant fine when caught violating the law.

Recent constituency meetings at Fangaloto, Touliki and Veitongo also called on Government to consider amending the law to introduce spot fine for littering.