Interim Speaker reports to His Majesty the results of secret ballot 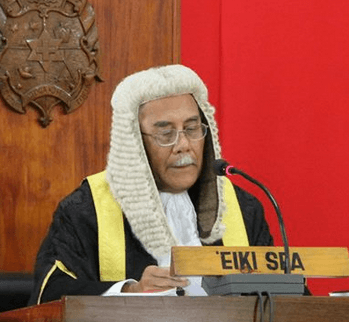 PARLIAMENT is adjourned until 2.30pm so the Interim Speaker Rt.Hon Lord Tupou could have an audience with the King to report the winning candidate to become Tonga’s new Prime Minister.

When the House resumes at 2.30pm, Lord Tupou will announce the results of the secret ballots.

It will be followed by the election of a Speaker and Deputy Speaker of the Legislative Assembly immediately.

Only Noble Representatives are eligible candidates for Speaker and Deputy Speaker positions.

If there is only one nomination, that Noble shall be the Speaker and the meeting will proceed to elect the Deputy Speaker.

If there are more than one nomination, a secret ballot will be conducted.

The Noble with the majority of votes will become the Speaker of Parliament and the other candidate will be his Deputy.

If there are more than two nominations, a secret ballot will be conducted. The Noble who receives more than half of the votes will be the Speaker and the first runner up will be the Deputy Speaker.