Whole House Committee approves not to discuss a petition related to the Acting PM. 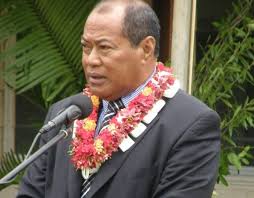 THE Whole House Committee on Monday voted nine votes to eight votes for the Legislative Assembly not to discuss a petition alleging misconduct by the Deputy Prime Minister, Hon. Samiu Vaipulu.

This came when members of the House debated a report submitted by the Standing Committee on Privileges on allegation of Mr. Vaipulu’s inappropriate behaviour during a kava-Tonga drinking at Nasaleti hall in Neiafu earlier this year.

Parliamentarians also passed the four recommendations cited in the Standing Committee on Privileges report that supported its motion.

The Committee in it its meeting on August 30th, cited four reasons to back up their recommendations. First, the nature of the petition is inconsistent with the functions of Parliament outlined in clause eight of the Constitution.

It also pointed out that the proposal from the petitioners is not inconsistent with clause eight of the Constitution in relation to a petition send to Parliament.

Other reasons put forward by the Committee include; not sufficient evidence provided together with the petition in relation to allegations made against the PM.

And the Committee also noted that most petitioners that signed the letter were not present or at Nasaleti Kava Club. It also revealed that another letter sent from the President, Committee and Member of the Club to the Legislative Assembly denied the allegation.

This triggered a strong opposition from the People’s Representative especially on the interpretation on the nature of petition to be submitted to Parliament. Heated debate rest on the inconsistence in the Tongan and English interpretation of the Constitution’s clause 8.

English version of clause 8 stated that any can send letters or petitions to the King or Legislative Assembly and to meet and consult concerning matters about which they think it right to petition to the King or Parliament to pass or repeal enactments provided they meet peacefully without arms and without disorders.

This according to Tongatapu 3 MP, Dr. Sitiveni Halapua limits the power of the people to send any petition to Parliament and the King.

Dr. Halapua said if the House passed the Committee’s motion, then this also breaches the clause 79 of the Constitution which stated when there’s any amendment to the Constitution the Tongan version must be used.