Parliament to reconvene next Wednesday

THE Legislative Assembly will reconvene next Wednesday, November 23.

Parliament was adjourned until further notice, a decision reached during its last sitting on 1 November 2022. 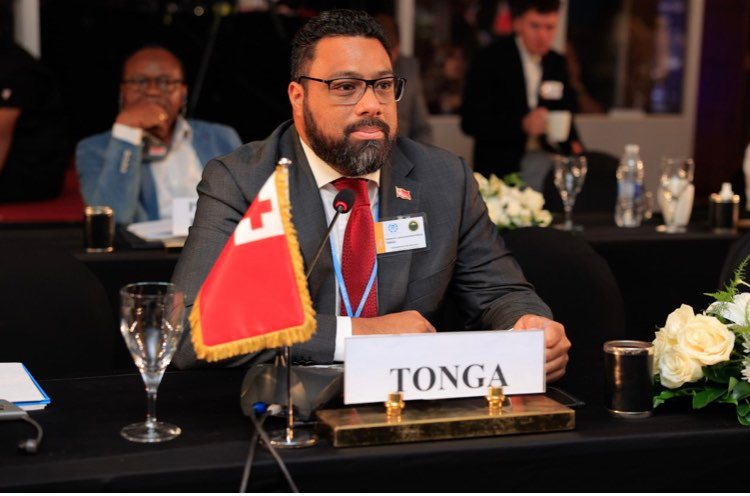 The Hon. Prime Minister Siaosi Sovaleni sought the House’s approval for an adjournment to enable him and some Cabinet Ministers to accompany his Majesty King Tupou VI who led Tonga’s delegation to the COP 27 Egyptian meeting at Sharm-el-Sheikh. 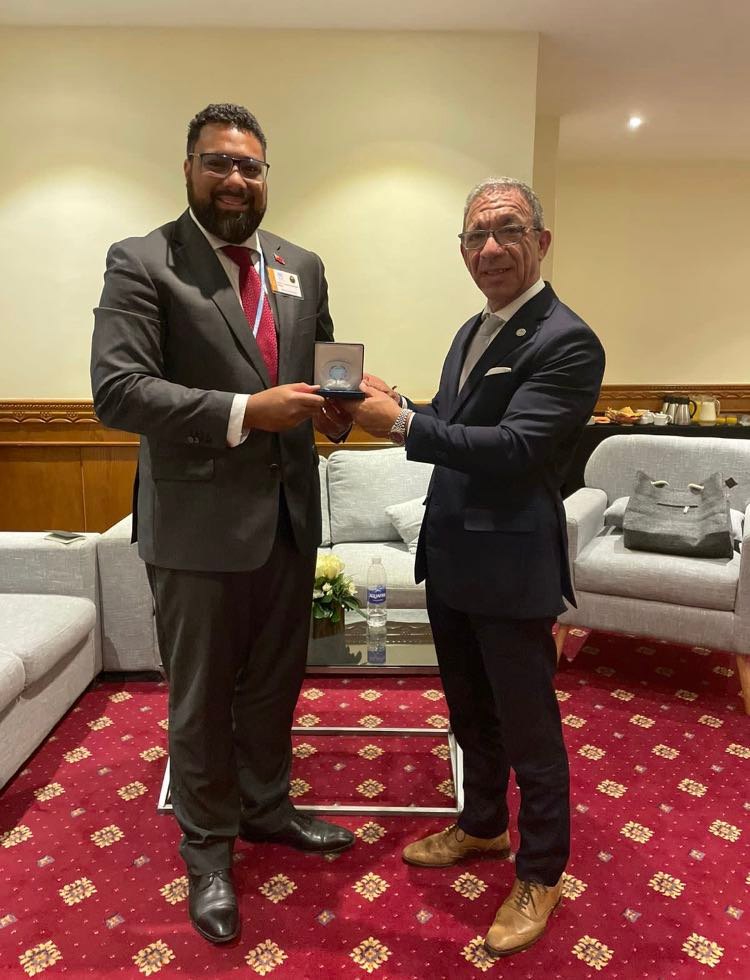 The Lord Speaker Fakafanua, the Hon. Prime Minister Siaosi Sovaleni, the Finance and National Planning Minister Hon. Tiofilusi Tiueti and the Agriculture Minister, Lord Fohe were among MPs in the COP 27 delegation. 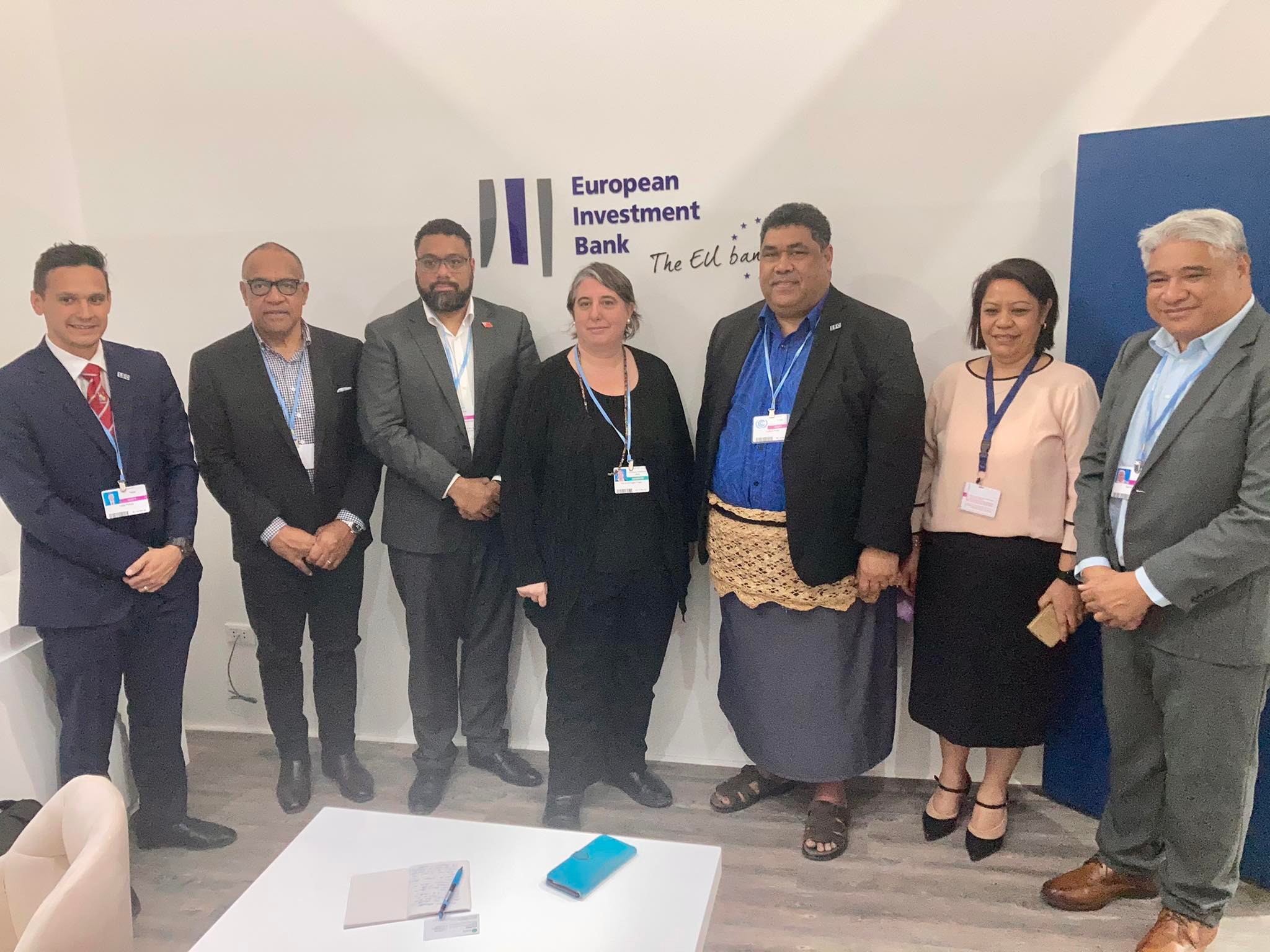 In another development the Lord Speaker in addressing the Inter-Parliamentary Union (IPU) meeting at the 27th Session of the Conference of the Parties to the United Nations Convention on Climate Change (COP 27), stressed the urgency of climate change for Pacific Island nations Tonga included and Small Island Developing States (SIDS) and emphasized to developed nations that the time for critical action is now. 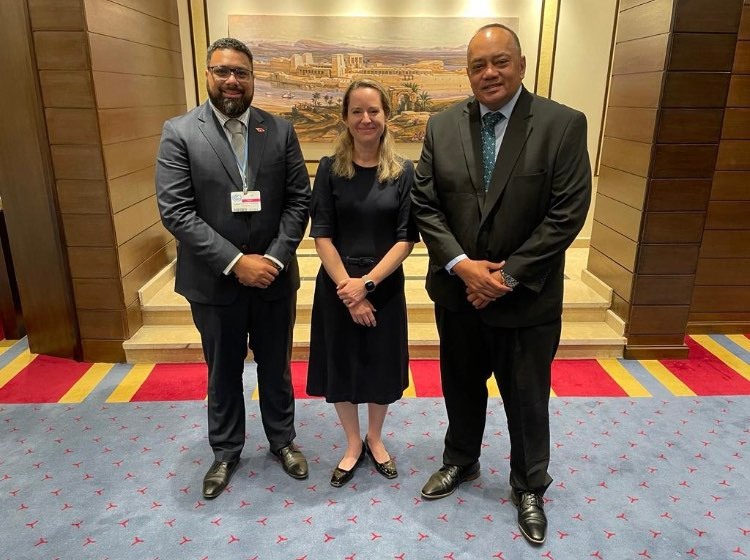 He emphasised that Tonga, one of the lowest polluting nations in the world, have pledged to accelerate its efforts to transition to 100 percent renewable energy sources by 2040, and urged developed nations who are the biggest emitters to do the same.

He told the plenary that Tonga’s commitment to addressing the urgency of the climate crisis is reflected by the Tongan Government stepping up its targets under RAPID to achieve 70 percent renewable energy by 2025, in addition to being the first nation to sign the Blue Planet Alliance which targets achieving 100 percent Renewable Energy by 2045.

He urged parliamentarians to make similar commitments and to hold their governments accountable for their duties, particularly through their Nationally Determined Contributions (NDCs) and for honouring financial pledges made at previous COPs for supporting developing nations’ climate adaptation and mitigation efforts. 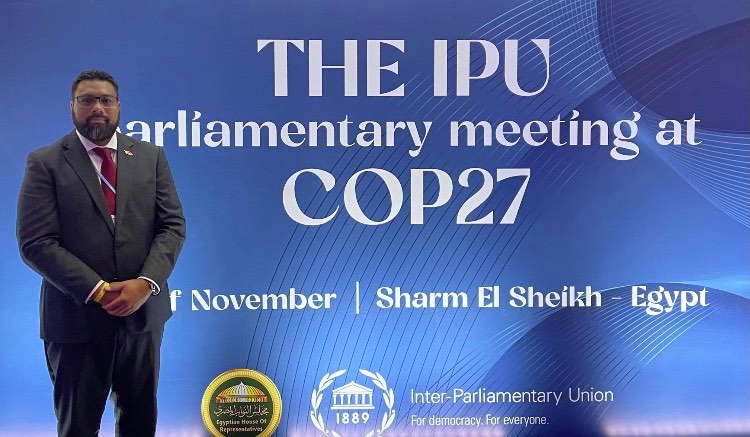 The Lord Speaker thanked the Speaker of the Egypt House of Representatives as well as the President of the IPU for enabling this interparliamentary dialogue focused on how parliaments can, in conjunction with the executive, address key climate issues including emissions reductions, improving adaptation and mitigation efforts, loss and damage as well as mobilizing finance for developing countries. 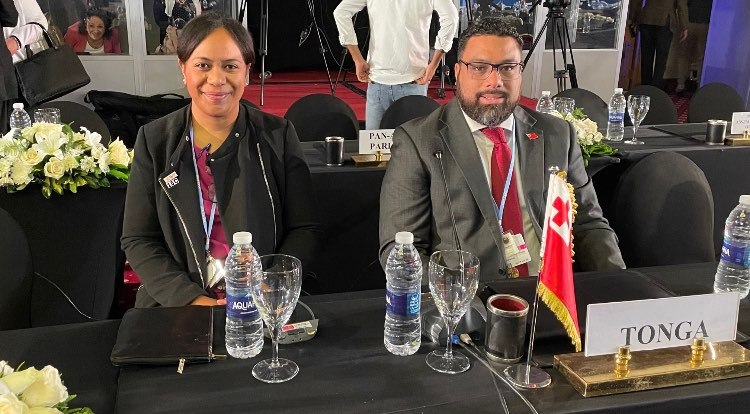 An outcome statement document adopted at this meeting affirmed parliamentarians' commitment to global efforts to address climate change, which poses an existential threat to the planet. 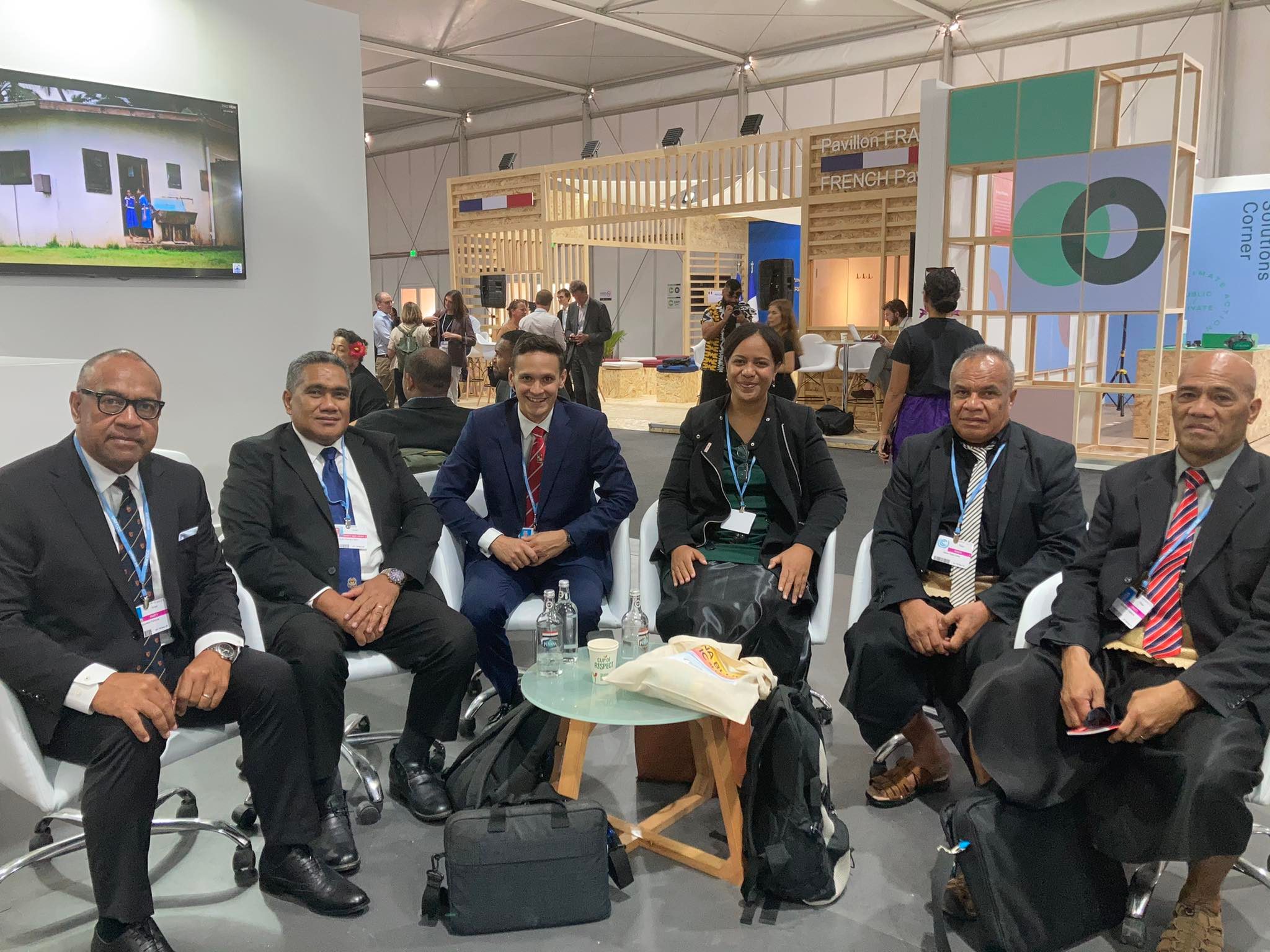 The document underlined the need to work within parliaments to adopt laws and legislation that support mitigating the effects of climate change, strengthen the capacities of institutions in the field of climate-related risk analysis, and enhance the support provided to countries and local communities to face climate challenges.

The Speaker also held bilateral talks with the President of the IPU, Mr. Duarte Pacheco regarding Tonga’s membership and how the IPU can continue to support the work of the Legislative Assembly.

The Speaker has also used the time at COP 27 to lend his full support to His Majesty King Tupou VI as Head of Tonga’s Delegation, as well as the Hon Prime Minister and Minister of Finance in numerous bilateral meetings with various parties, as they negotiate and seek ways forward, especially in climate financing and technical and technological transfers that would enable Tonga to meet its ambitious targets under the climate change international and regional frameworks.

He is being accompanied by Legislative Counsel, Ms. Silivia ‘Atiola.