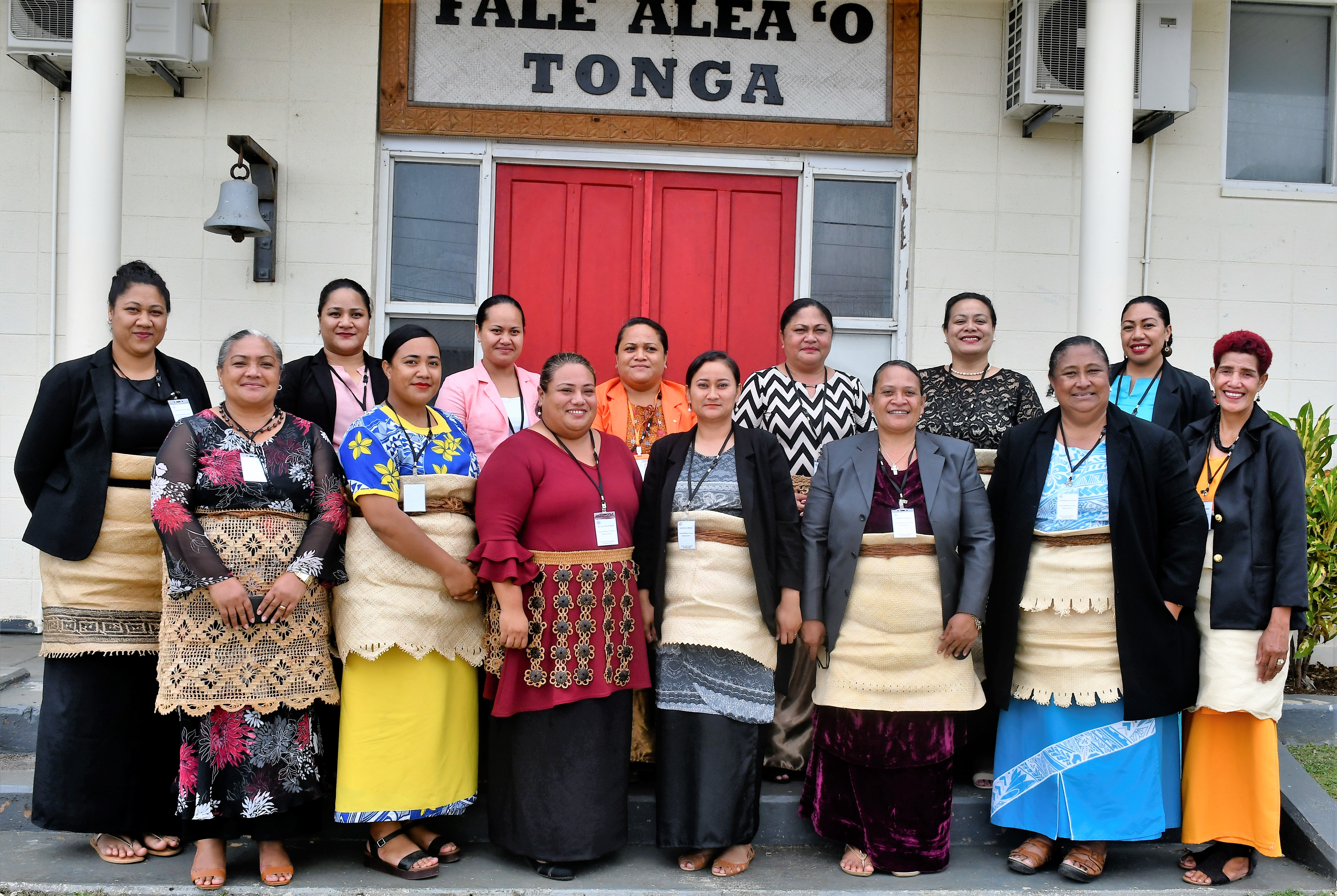 The Speaker of Parliament Lord Fakafanua today called for more women representation in Parliament, for better decision-making in politics, and for our country.

He made the remarks when he warmly welcomed aāll the 26 female MPs who were successful candidates selected to participate in the Tonga Women’s Parliament 2021.

He said that half of the eligible voters are female, however, not many women are elected to Parliament. For that reason, Lord Fakafanua said there is a need for more women representation in politics.

Tonga Women’s Parliament 2021 is part of an initiative to promote and encourage women participation in politics. It is also aimed at promoting the Legislative Assembly’s vision of an inclusive Parliament.

It is the second Women Practice Parliament to be held, with the first one in 2014 and this year’s event is the first to be held virtually.

Tonga Women’s Parliament 2021 provides a platform for females aged 25 and above to have their voices heard on critical issues which are matters of national interest, and to share their perspectives on issues that directly impact their lives.

A three-day orientation beginning today will help female MPs prepare and practice for the two-day parliament sitting next week on 15 and 16 November.

Today the women MPs are being briefed on the roles and functions of Parliament. Other briefing sessions will focus on parliamentary procedures and well as processes for motions, petitions, and question time, among others.

Following her election as the PM of the Women Practice Parliament 2021, Ms Prescott said it is a privilege although "it was unexpected." However, she understands the job ahead will be tough, challenging, and exciting at the same time because the post comes with an obligation. The PM Designate will appoint her Cabinet Ministers for announcement tomorrow.

Her word of advice to fellow MPs, “let nothing stopping you from achieving your goals”.

Meanwhile the youngest female MP for Tongatapu constituency Ane Lavemaau Valu (27) shares her excitement when she was selected as one of the successful candidates to participate in this year’s event.

“I am blessed to be selected as one of TWP participants. Most of my colleagues did apply for the Tonga Youth Parliament but I applied for the Practice Women Parliament. Empowering of women is one of the reasons I applied, especially dealing with drugs-related issues and domestic violence against women,” says Ane Valu.

38-year-old Silia Banani, the TWP 2021 Noble Representative for the Niuas says she had applied intending to learn more about the work of Parliament and the need to empower women.

All 26 female MPs were selected from Tongatapu, Ha’apai, ‘Eua and Vava’u to participate in the Tonga Women’s Parliament sittings scheduled for next week, November 15-16.

This year’s TWP is hosted by the Legislative Assembly in partnership with UNFPA, UNICEF, UNDP and UN Women.