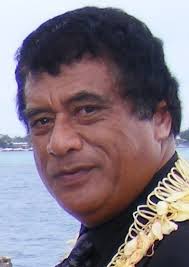 THE Honourable Prime Minister this morning called for national unity to support the ‘Ikale Tahi.

Lord Tu’ivakano made the remarks after informing the Legislative Assembly and the nation of relevant sanctions that the International Rugby Board (IRB) is likely to impose on Tongan Rugby after the Rugby World Cup.

Last year, the IRB gave the former government the mandate to step in and elect an Interim Board including Chairperson and Chief Executive Officer (CEO) in efforts to settle the court disputes in rugby.

However speaking to parliamentarians this morning the Hon. PM says the IRB will call an urgent meeting in October to decide on sanctionary measures for Tonga.

This includes deciding whether the IRB could cut financial support for rugby in Tonga or expel Tonga from various levels of international rugby.

“Tonga will no longer be represented in the IRB October general meeting, an event where two members from TRUA are usually invited to take part in the event,” explained the PM.

The Hon. PM adds that Tonga will also be removed from countries receiving awards from the IRB as a result of politicising rugby.

“Everything is perfectly fine but the concern rests with benefits that will be lost as a direct result of Tonga being suspended from IRB. Rugby is a livelihood for some of our players and their families,” maintained the PM.

For this reason, Lord Tu’ivakano appealed to the people and the nation to lend their support to the Interim Rugby Board, Coach and the national rugby players.

“Give them our 100 percent support as rugby is one of the national sporting events we loved so dearly…” adds the PM.

Lord Tu’ivakano also reminded law makers that more is needed to settle the rugby dispute but that’s not important for now.

With only two weeks away from the Rugby World Cup, he adds more importantly is that we give them our support.

“The appeal is for the people of Tonga to support our team. No matter who’s been elected into the squad, they are our team and therefore we should give them our support,” said the PM